from the memoirs; father dies & William becomes the Duke

"When my father died I was four and a half years old. I have a few charming recollections of him hidden away in the storehouse of my memory.  In that private cinema of the past he appears as a tall large man, extremely handsome with a short, greyish beard and blue-grey eyes, which had a peculiarly enchanting expression, radiating kindness and good temper, and a loud by melodious voice. He was called, I have been told, Big Ben on account of it." 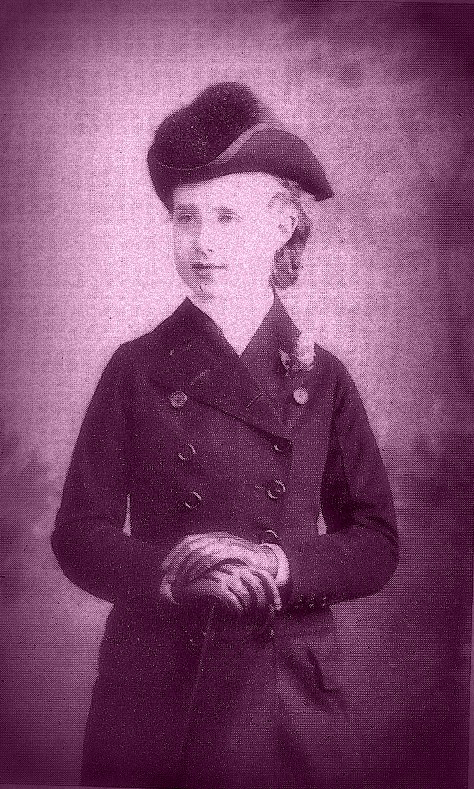 ottoline's father was gone, it was 1877, he would never be the Duke of Portland, rather his eldest,  Ottoline's half brother- William would be.


"Two years later when the old Duke died, we all went to London to Claridge's Hotel. Grapes and peaches came from Welbeck, Charlie and I were taken to Cremer's toyshop in Regent Street, our comparative poverty this seemed like Fairyland, and I chose a doll dressed in spangled blue satin fixed on a handle that played music as you whirled it around.  But none of these luxuries gave us much pleasure. They were all overcast by a sense of dullness and depression, which must have come, I suppose, from my  mother's sadness at the absence of my father."
1 comment: 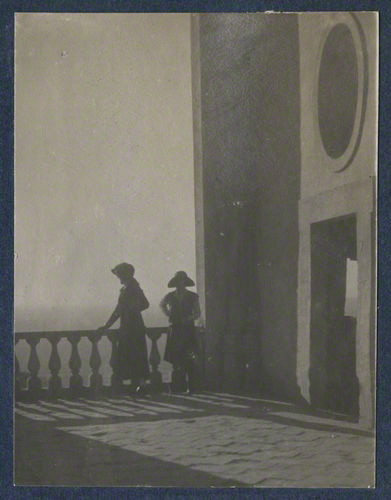 Ottoline and her daughter Julian.


Ottoline was born on June 16, 1873 to parents Lieutenant-General Arthur Bentinck, colonel of the 7th Dragoon Guards-imposing -but known for a booming laugh, her mother- Augusta Mary Elizabeth- daughter of the dean of Lismore. She was Bentinck's second wife. Three older brothers to take care of her, and a half brother-Arthur-who upon the early death  of his father, became the family anchor for his father's widow and children-and the 6th Duke of Portland.

Ottoline was born into a life of privilege but she was never to conform to its strict codes-marry well and within the aristocracy, join weekend hunting parties & do the London Season-then start it over again.
Ottoline was different. Maybe more the stuff of her early female ancestors. 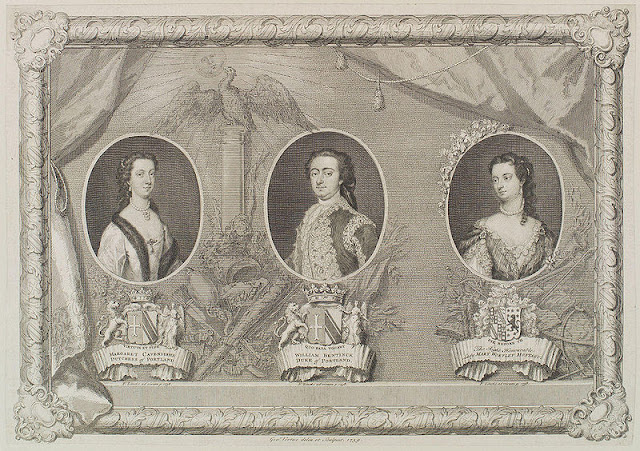 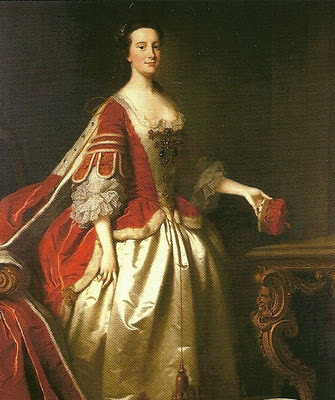 Friend Lytton Strachey put it this way-she was the daughter of a thousand earls. The names of Talbots, Cavendishes, Bentincks, stand out while three women within her lineage point- Bess of Hardwick, founder of the Cavendish line, Margaret, first Duchess of New Castle, also known as "Mad Madge" a real bluestocking and Margaret Cavendish-Holles-Harley who married the 2nd Duke of Portland- creating the Cavendish-Bentinck line in 1734. With that lineage-& her curiosity Ottoline quickly embraced her ancestry and found heroines behind every door.

Then Sixth Duke of Portland took his young half brothers and sister, Ottoline, age 6, and his stepmother off to the family seat- Welbeck.


Mrs. Bentinck began the arduous task of sorting through all of the Welbeck treasures- of which there were countless- and in turn giving Ottoline lessons in the family history. 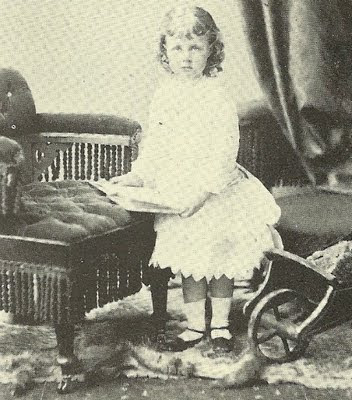 The Sixth Duke-after his marriage and his wife, Winifred (Nee Dallas-Yorke) 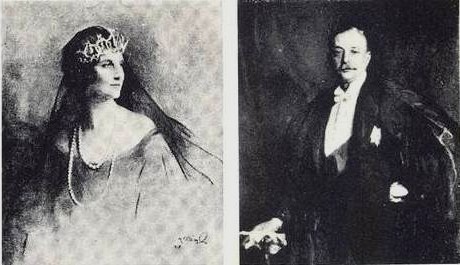 According to a recent article in the mail online on the BBC production of Downton Abbey (of Ottoline's era):

At Welbeck Abbey, the Duke of Portland had more than 60 staff in the house, with a further 200 labouring away in the stables, gardens and home farm. In today’s Britain, that number of employees would be ­categorised as a big business. ­Welbeck’s annual Servants’ Ball was so huge and so grand that an orchestra and 50 waiters had to be brought in from London. 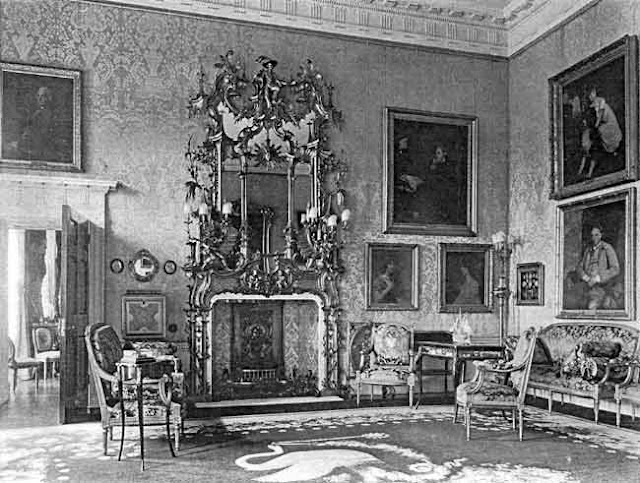 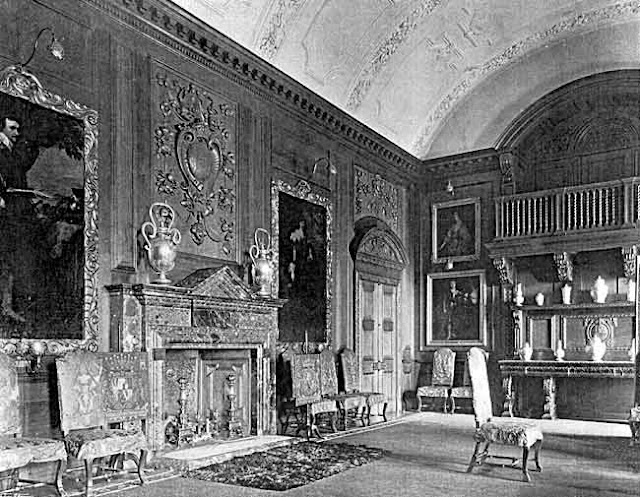 The Gallery of Prints 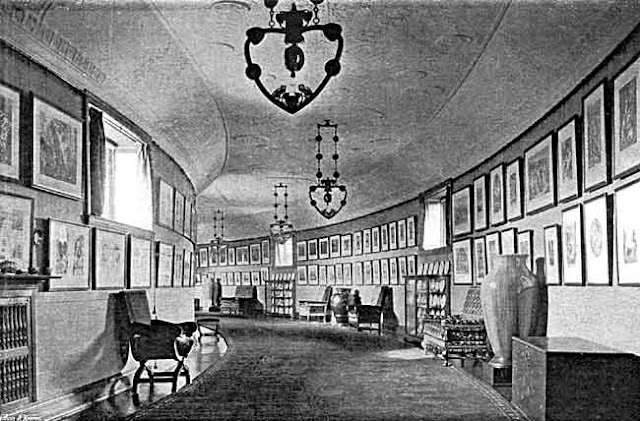 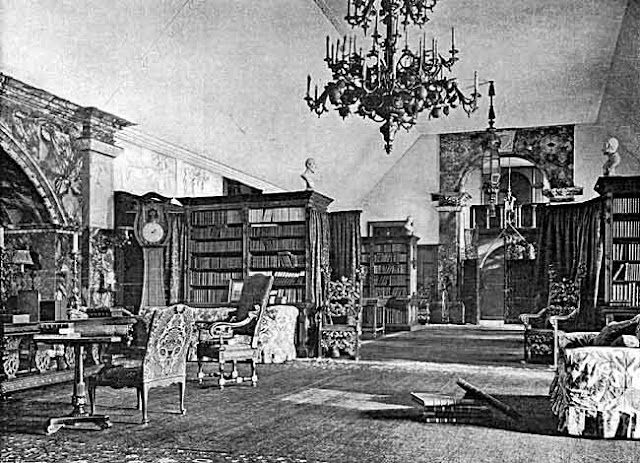 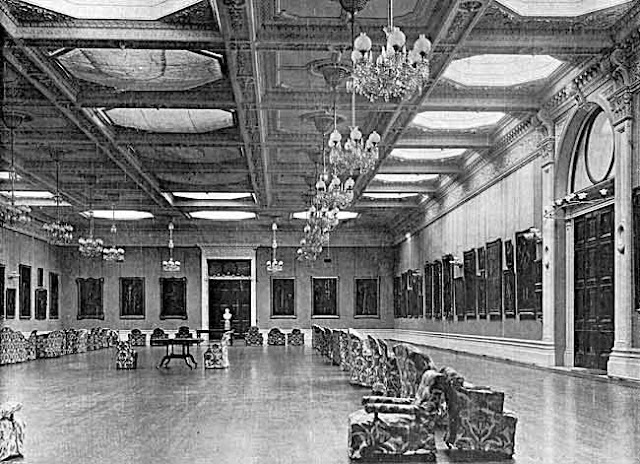 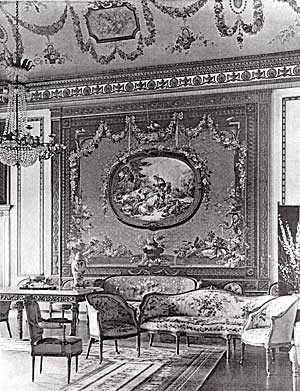 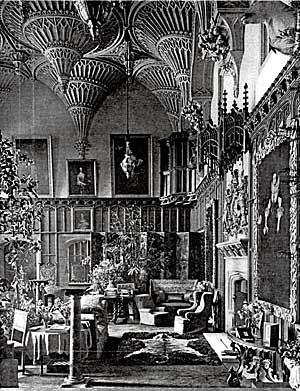 Our little Ottoline play things from the family's estate

Charles I 's pearl earring, (the doomed monarch and the earring-both at his execution), & a dagger thought to have belonged to Henry VIII (now believed by the Harley Gallery  to be Turkish, 17th c.) 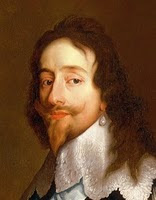 Charles I, van dyck- Charles I pearl earring from the Harley Gallery Welbeck, Worksop
& dagger from WoI 2008
Ottoline was also accustomed to using a casket that belonged to William of Orange, known to have visited Welbeck in 1695, to store her letters. Within all these rooms and all the secrets of  the Welbeck Abbey tunnels to discover - Ottoline was much alone.

She relied on Welbeck's servants for company, her brothers off at Eton, paid little attention to their sister. She was dressed by a maid, bows tied, petticoats lifted, shoes buckled. She could drive her miniature phaeton  drawn by Shetland ponies about  Sherwood forest on the rare occasion her cousin would visit Welbeck. An education  consisting of Scripture served up by her governess Miss Craig along with a dose of  obligatory needlework. She learned the basics-but nothing of science and literature-perhaps one reason for surrounding herself  with the great minds of the day- philosophers, writers and artists most of her life.

In her room she curtained off an area for her treasures and no one was allowed past. Ottoline was on a quest and her search began with the loneliness she found at Welbeck-for all its advantages. 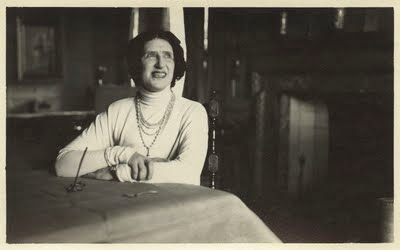 I am working on an in depth story on how it all started with Ottoline. For the last few weeks being a bit under the weather.  I have not worked on Ottoline as much as I should have- don't think me already failing you- I will be back up to stuff, in the meantime catch the beginning of Ottoline Divine here at Little Augury. 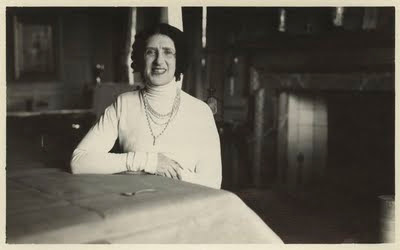 both images from the NPG collection, these taken in 1925, here.

"& there used to be a great lady in Bedford Square who managed to make life seem a little amusing & interesting & adventurous,
so I used to think when I was young & wore a blue dress,
& Ottoline was like a Spanish galleon, hung with golden coins, & lovely silken sails." Virginia Woolf 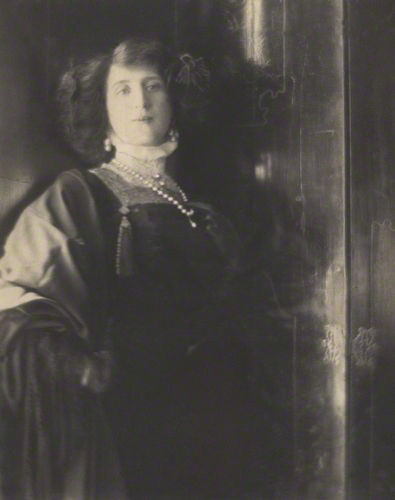 from the Memoirs of Lady Ottoline Morrell


My Father died in December 1877. His cousin, the fifth Duke of Portland whom my father, if he had survived, would have succeeded, died exactly two years later.  If the order of theses events had been reversed and my father had lived to become Duke of Portland, as he had always expected that he would, being much the younger man, it would naturally have made a great difference to my mother and in many ways to us all. But events do not happen as mortals desire, and they must submit and accommodate themselves to them. 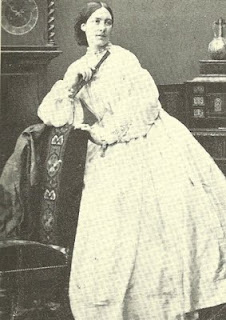 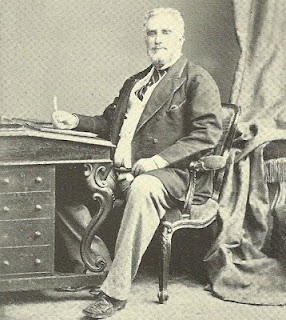 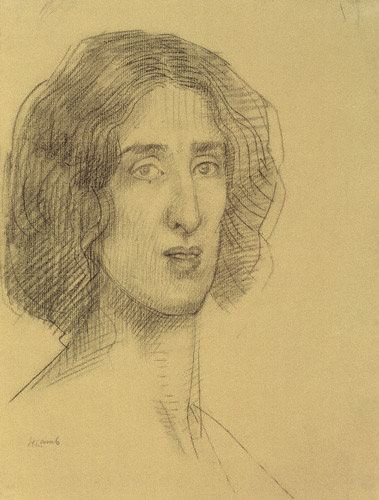 Have we not the principal treasure? These endless discussions as to what may or may not be lacking seems mean & belittling sometimes: forgive me for raising them so often."
written sometime in 1910, by the oft times petulant artist Henry Lamb to Ottoline Morrell.
Lamb would be one of many men in Ottoline's life.
Of their relationship she wrote:


"I was much older than He, and I had the instinct that I had Something in me which would supply what He needed, some ingredient in which He was Lacking. It was perhaps a half maternal instinct that pushed me towards this twisted  and interesting Creature." 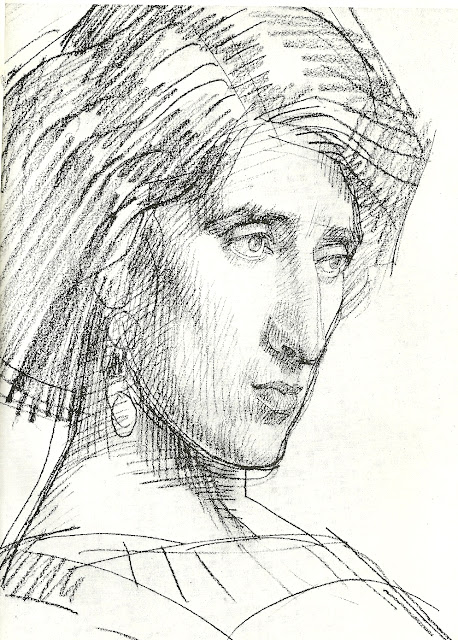 One of Ottoline's fatal flaws & the very one that makes her life so interesting-she thought she could save them all.  That she was Muse to many there is no doubt. It is this overreaching she expressed in this journal entry that was cause for much of the terror Lamb  would exhibit and express to his Divine- as would the many others she wanted to save.
sketches of Lady Ottoline Morrell by Henry Lamb
3 comments: