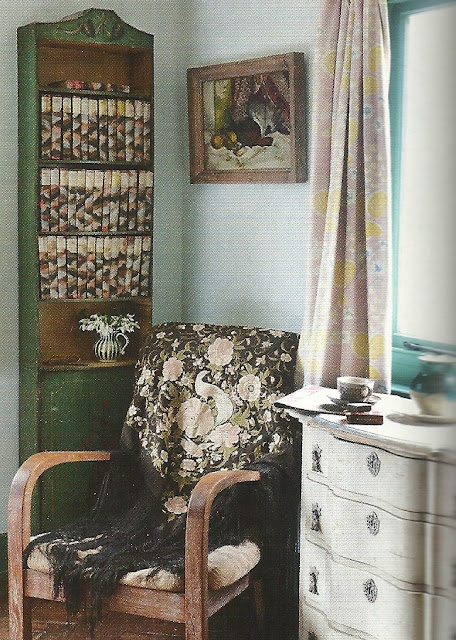 one of the many Images from the July World of Interiors issue- a beautiful photographic essay-this of Virginia Woolf's bedroom. The Chinese silk shawl was a gift from Ottoline. 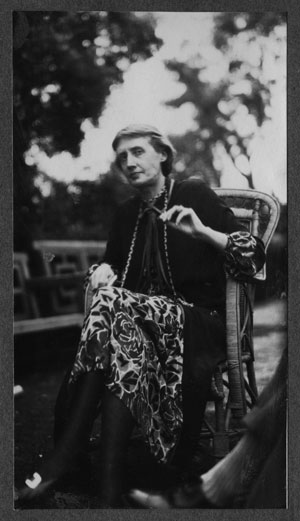 Virginia Woolf photographed by Ottoline, from the NPG here.

stopping in a moment to share a posting at little augury about Dorelia-and Augustus. the pair were friends of our Ottoline. do I have to mention Ottoline had a bit of a thing for the dashing bohemian-
No not Dorelia but Augustus. 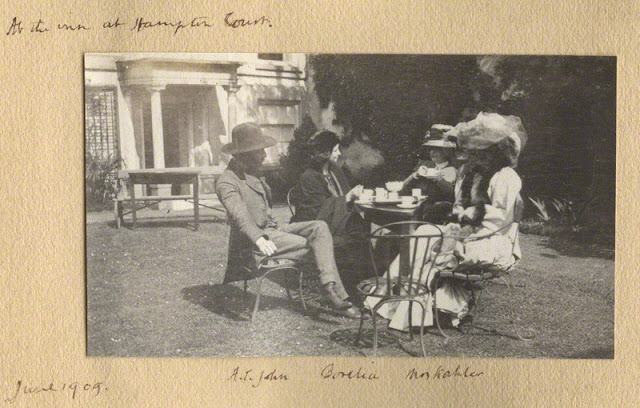 The feeling was mutual-as it was with Augustus John and most any female that stood before him or his canvas. He was a "ladies man" -as they say. All's well that ends well-The three became lifelong friends-as Ottoline's copious photographs attest.Dorelia once John's mistress became his wife after his first wife died.

the story Here.
the photograph above from Ottoline's scrapbooks at the NPG, Here.